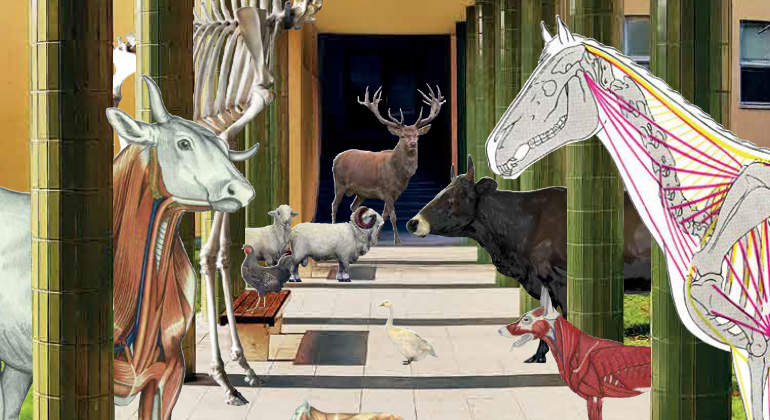 A word from the Dean

It is with particular pride and pleasure that we present this monograph to you, to mark the 100th anniversary of the Faculty of Veterinary Medicine of the University of Zagreb. It was on 13th November 1919 that the first classes began at the Veterinary High School, which was renamed five years later as the Faculty of Veterinary Medicine. Since then, and right up to the present day, our institution has been the only institution of higher education in Croatia which has continuously raised up doctors of veterinary medicine, and thereby shaped the history of the veterinary profession and work in this region. This is not just the story of the origins of the central institution of veterinary higher education, but it is also an overview of the course of its development, its importance, and the endeavours of many generations of professors and students. Over the course of time they have confirmed the justification of investment in excellence, so that today we have the leading educational institution for doctors of veterinary medicine, which we are able to serve and develop further. We are particularly proud of the fact that our anniversary coincides with the 350th anniversary of the foundation of the University of Zagreb, the cradle of Croatian higher education and science, of which we are proud to be part.

Over the past few years there have been important changes in the national, European and even the global economic and social environment, of which not only the Faculty of Veterinary Medicine, but also the whole University of Zagreb is a part. By joining the European Union, we became part of the European higher education area in the fullest sense, and of the European research area as well, which apart from its obvious advantages, also brings many problems and challenges. It is certain that we are living in an age of constant and increasingly rapid change, resulting mainly from the powerful development of technology, where the exponential nature of that process makes it difficult to foresee the future with any precision, in almost all fields of human endeavour. In such an unstable setting, it is necessary to uphold the decisive role which education and creativity have in the development of society, the economy and the cultural framework of the nation. In this context, it is crucial and of the utmost importance to excel in terms of the quality of the study programme and the quality of research projects, as well in the consistent promotion of academic values, which include honesty, fairness, respect, trust, responsibility and equal opportunities for everyone. The Faculty of Veterinary Medicine University of Zagreb today is the leading scientific educational institution for the veterinary profession in this area, but also one of the leaders in the entire f Southeastern Europe. Doctors of veterinary medicine play a key role in the protection of the health of both animals and people, animal welfare, food safety, protection of the environment and the sustainable breeding of animals, and have a leading role in combating antimicrobial resistance. We want to and must retain that position in the time to come, through our proactive work, both in the field of the education of doctors of veterinary medicine, and in the field of scientific research, professional work, life-long education and interinstitutional and international cooperation. We will continue to work in keeping with the newly established strategic guidelines so that the Faculty of Veterinary Medicine will have continuity in its work and be recognized both within and beyond the profession. At the same time, we are completely aware of the necessity of continual analysis, revision and alignment of our strategic guidelines with the new age, conditions and environment in which we find ourselves, prepared to meet the new challenges placed before us on both national and international level. The Faculty of Veterinary Medicine is participating in the current trends in higher education and science, efficiently and flexibly, on the level of the leading veterinary institutions in the EU and the world. In the last one hundred years, The Faculty as a whole has demonstrated strength and self-confidence, with the undisputed qualities we own, and it is our obligation to establish that position still further in the time to come. Therefore, let us continue on this journey through time, promoting the fundamental academic values, and with each step we take we will leave our mark in history, without being aware of it in real time. We can look back with pride on how far we made it, and on our successes. We can be particularly proud of the fact that we have accepted the trials of gradual development, and we have agreed to take bold steps and make courageous decisions, which we believed would bring progress. The time we live in is burdened by challenges, constant changes to the environment in which we work and create, and it leaves almost no time for the normal life we all long for. We should not always look for the means to achieve our goals and values beyond ourselves, rather I firmly believe that by delving deeper into our own consciousness, it is possible to find the best way to express the fundamental values of society, such as understanding, tolerance and goodness, values which we know well, but too often forget. Therefore, given the uncontrollable progress of the time in which we live, humanity and community must still be the virtues that adorn us, and of which we can boast, which will be the guarantee of even better results and which will characterise the Faculty of Veterinary Medicine in the future.

A word from the Editor-in-Chief

The one hundred years of the Faculty of Veterinary Medicine as one of the oldest parts of the University of Zagreb, and the only faculty that during this long period has been educating doctors of veterinarian medicine in Croatia, is an opportunity to present the most important events from its rich history up to the latest achievements. Therefore, it was decided to have a monograph in English in addition to the Croatian monograph, all the more so because in the year when the Faculty is celebrating this special jubilee, it has also been given a special honor to be the host of the 32nd General Assembly of the European Association of Establishments for Veterinary Education (EAEVE).

The content of this monograph is a summary of the same work in Croatian, and it is based on the Faculty’s archived materials (minutes of sessions of administrative bodies, decisions, annual reports on the Deans’ work, journals, testimonials and yearbooks), as well as on the data about the Faculty’s operation, taken from the Archives of the University in Zagreb (lecture schedules and reports on the University’s operation) and the material kept in the Croatian State Archives (legislation within the framework of the founding, organization and operation of the Faculty at different times). It is divided into three sections that are broken into specific thematic areas.

Then follows the founding and operation of the Veterinary High School, which was located at the premises of the former Farrier School in the western part of Zagreb, was described. The difficulties that followed its organization were outlined briefly: from the lack of material resources and the teaching staff to the lack of space for its uninterrupted work. In the first part, the first complete curriculum of the four-year veterinary medicine study is presented, as well as the CVs of the founders, and first teachers at the high school. Some of them were the rectors until it became the Faculty of Veterinary Medicine.

In the last part of the first section the general history of the Faculty (1924-2004) is described-since its founding, organization, struggle for its survival in Zagreb, the construction of the Faculty’s building at the today’s location in the eastern part of Zagreb (where it still stands), the role that the Faculty played in the World War II and the Homeland War, the importance of the Faculty for veterinary pharmacology and establishment of veterinary surgeries, to the chronological order of activities related to teaching, scientific and professional activities, international cooperation and activities of the student associations.

In the second part, the Faculty’s recent history is described, from the introduction of the Bologna Process in 2005 to the present day. Namely, the reform of the higher education system in accordance with the Bologna Declaration is the last in the line of major reforms in accordance with which the Faculty operates nowadays, so it was only logical to separate this last period from the rest of the monograph. Furthermore, the Faculty has seen many important changes in this last period; changes that significantly improved its operation. Therefore, this unit is described in more detail and broken down into new subparts, such as quality management.

In the last, third part, the role of each department and clinic in the implementation of the graduate and postgraduate studies of veterinary medicine, as well as the scientific-research activity, and the professional and clinical work of the Faculty as a whole are described. This monograph contains a lot of tables which complete the text, and numerous photographs from different periods of the history of the Faculty, thus showing the creation and development of our institution in pictures as well.

This publication is a testimony to the complex socio-political processes that have taken place in this area since the Faculty was founded, and we should recall with pride the numerous generations of professors and students who have contributed to the present status and reputation of the Faculty in the national and international higher education system. We are honored to belong to the generation of professors at a time when, growing from the rich heritage of the one hundred years of operating, already the third generation of students studies at the integrated undergraduate and graduate veterinary medicine study programme in English, and the international postgraduate study programme is in the process of being constituted. The quality we keep emphasizing throughout this monograph stems from the long-time systematic work, and our efforts in quality improvement in all our activities are a continuous challenge for the Faculty, but we are doing all this so that we can share the European space of higher education and research on an equal footing with the other actors, without neglecting our national position and interests. 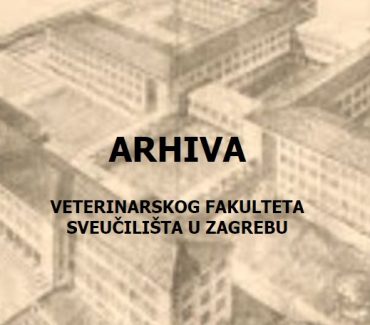 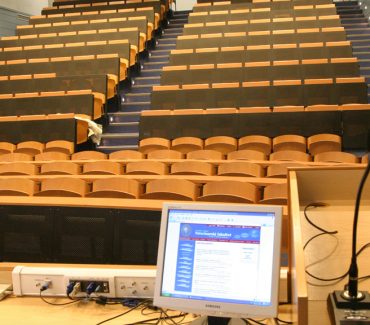 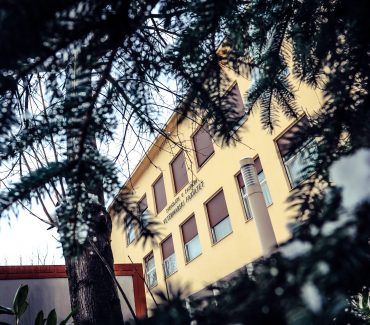 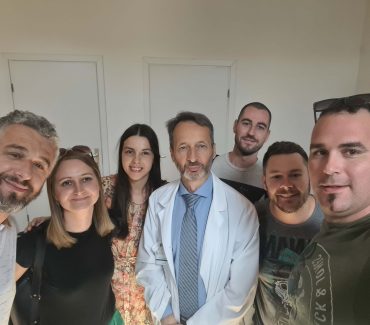